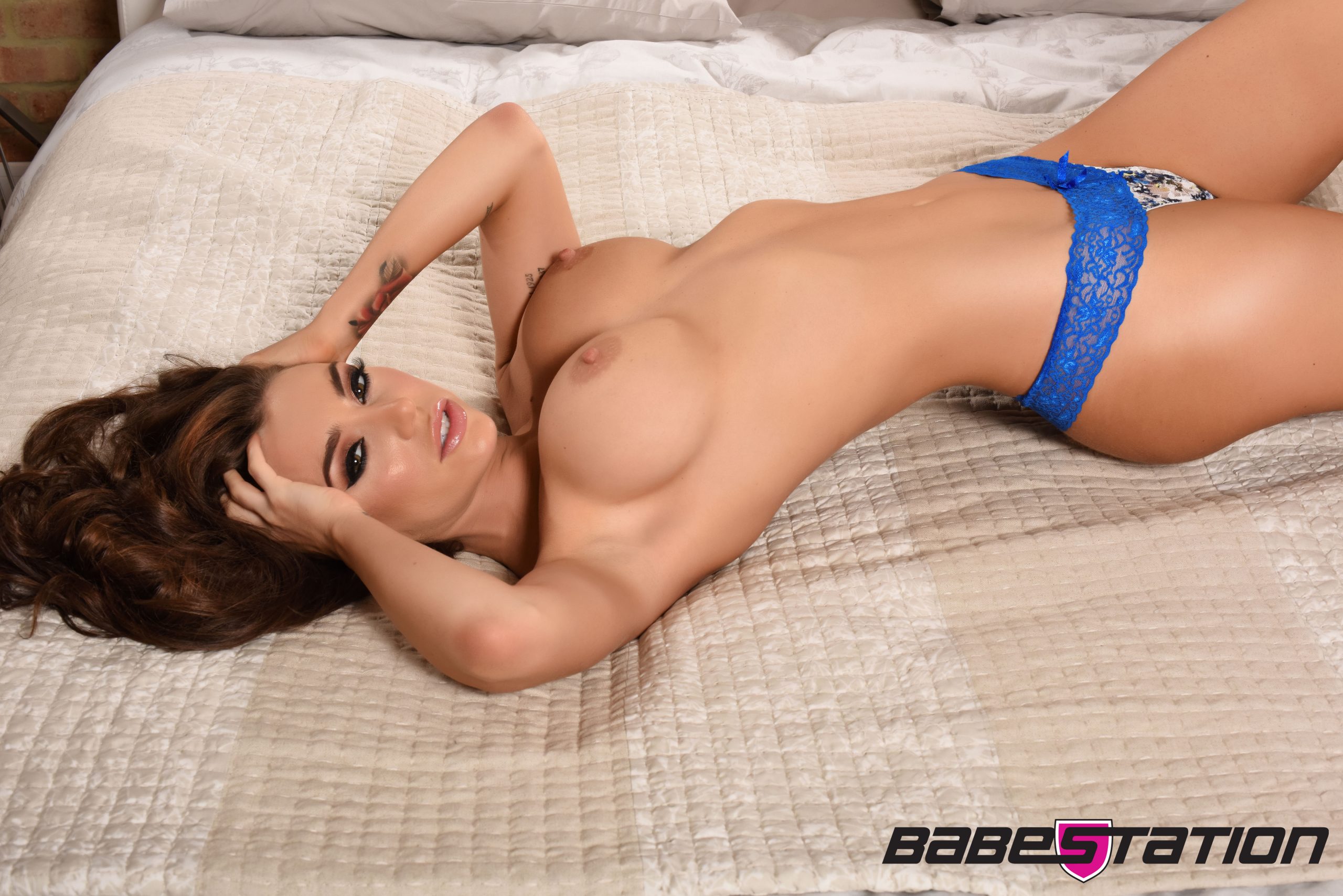 From @babe_tv comes a trip down memory lane and a look back to the first time Party People went topless…a true milestone in the history of the live babeshows.

It was a horrible day. Middle of the week and washed out with torrential rain. But the morning of Wednesday 29th July 2009 would go down in history as the day Freeview’s original babeshow, after well over three years on air, finally went topless. This was far from the first Freeview live babeshow to feature topless content, but it had been the first babeshow on Freeview, and it had, for almost all of its run, operated under strict daytime broadcasting conditions. Of all the shows airing in the immediate pre-daytime period (before 05:30), this was the one you never imagined would end up transmitting adult visuals.

The programme was Party People, and the bad news was that this incredible policy revision was not a new dawn. It merely marked the crash and burn finale of the series, and there were only six episodes left to run. That, however, wasn’t known to fans on 29th July, and it’s not entirely clear how much the girls knew. Indeed, Rachel and Jodie – intro hosts of the first ever topless episode of Party People – did in fact announce the programme as a “new start”, stating that they were about to do something which had never been done before on Party People. Within ten minutes, Rachel had become the first officially topless babe on Party People. But did she know that in less than a week it would all be over?

The compilation pic opening the post shows scenes from the six-day ‘topless’ era of Party People. Top left is Geri, top right is Rachel, bottom left is Lynsey, and bottom right is Lori. Lori’s seemingly deliberate nipple flashes (final night only) were remarkable in that she still wasn’t going this far on Babestation. Both Lori and Lynsey had been cult figures on Party People in its heyday, and both seemed to have a sentimental connection with the programme and its fans on the final night.

The sight of Rachel Cole’s perfectly-formed “chest nubbins” (to use her own terminology) on Party People was the greatest double-take moment in the show’s history.

Whilst Party People was, despite its pre-daytime transmission slot, licensed as a daytime show, the events of 29th July didn’t come completely out of the blue. Over the years, Party People had steadily progressed from a fully-clothed flirt show to a bikini show with at least some adult chat. But it had fallen under the full auspices of Babestation from the start of spring 2009, after which the boundaries began to be pushed much harder.

Sexual mimes – previously off the menu – worked their way into regular use, and former Party Girls specialities like deliberate ‘nip slips’ began to appear. The boundary-pushing was even spearheaded by the same girls who’d raunched up Party Girls.

The morning of 28th June 2009 (a month before toplessness was officially allowed) was particularly interesting, with Jemma Jey wearing some semi-see-through undies which must have been right on the borderline of compliance, and providing callers with a number of clearly deliberate ‘nip slips’ – one lasting as long as 26 seconds and only being ‘remedied’ after the camera diverted. The girls would obviously know if what they were doing would get them into serious trouble, so I suspect these ‘unofficial rule breaks’ were authorised or at least blind-eyed. There are some moments from the night in question depicted above. The fact alone that the behaviour stretched across two separate sections suggests that no one was greatly intent on stopping it. The policy seemed to be: “Let it happen, but make it look like it shouldn’t be”. If so, it was a great way of pushing the rules and testing the water.

Nearly a month later, on 26th July (three days before the official topless phase), Jemma untied and effectively removed her bikini bottoms on Party People, though she kept her top on. Again, whilst this didn’t seem to be entirely unauthorised, the number of improptu slideshows, deliberate defocusings, camera pans to the wall, etc, suggested that production staff were extemely nervous about it. Either that or they were trying to make the situation look confused or unintended. It should be recognised that whilst Jemma was Party People’s boundary-pusher-in-chief, she wasn’t the only one, and the show in general became a lot more sexual once fully in the hands of Babestation.

Forward from 29th July, it was hard to tell how the individual girls had been briefed. As I mentioned, Rachel and Jodie seemed not to know the show was coming to an end in their “new start” intro (29/7). But Jemma Jey definitely did know the show was ending when she introduced it on 1st August. Jemma did, however, say in her intro that she’d only just found out it was to be her last Party People appearance, so at face value it appears that the decision to scrap Party People was not communicated to the girls until two days before the plug was pulled. It may even have been that Cellcast intended to keep the show on air if possible, but realised after the topless phase got underway that Party People was still going to be a ‘dead duck’ commercially, as compared with bigger productions such as Babestation.

Even though all the girls were allowed to go topless for the final six shows, not all did. Apart from the fact that some Party People regulars didn’t typically do topless work anyway, there was a sense that some models weren’t entirely sure whether the rules had really changed. The final week compilation above shows Geri (top left), Dani O’Neal (top right), Megan (bottom right), and Jodie’s legs (bottom left). Since Party People could not, until this ‘final fling’, use toplessness and graphic poses to visually excite viewers, panning to leg shots was a very common ploy. The idea didn’t work as well in this final widescreen format, but with the taller 4:3 aspect ratio used previously, stand-up sections with potential leg shots were one of the few ways in which camera operators could give callers a visual service on request.
To conclude, here are the girls who featured in the very short topless era of Party People…

30/07/09: Camilla Jayne and Lori Buckby. I didn’t keep all of the footage, but as far as I can remember there was no topless content at all.

31/07/09: Megan Moore and Dani O’Neal. Only a very limited amount of topless content, despite the fact that both models routinely did fully topless work on Babestation at the time.

Babecall: What Is It? and How Do I Use It?